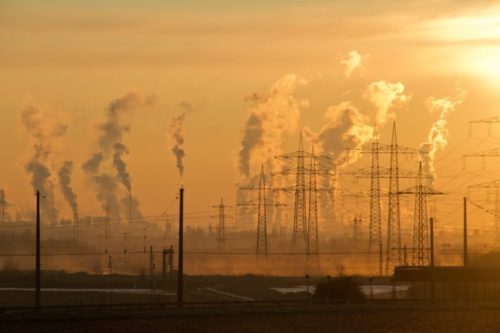 A recurring concern within our user base is the topic of investment portfolio optimization based on selection criteria that go beyond the financial numbers.

For us here at Ziggma and our user base, companies’ stance and action on climate change matter – a great deal.

The vast majority of millennials cares about corporate governance

The Ziggma team is not alone with its focus on corporate governance and climate change. According to The Economist, 87% of millennials believe corporate success should be measured by more than financial performance. We are therefore actively working on integrating information on companies’ performance on climate change as well as social and governance into the Ziggma platform. Stay tuned for more on this topic.

A rated stocks on both Ziggma and climate change

Of these 35 companies, 5 currently benefit from a Ziggma Score greater than 90. Ziggma’s free stock screener lets you conveniently screen for investment ideas by Ziggma Score, for example.

Adobe has been awarded an A rating on climate change policy by the CDP for four consecutive years. Adobe has set a goal to run its sites and deliver its products with 100 percent renewable energy by 2035, without the use of carbon offsets or unbundled renewable energy credits.

In 2017, Salesforce achieved net-zero greenhouse gas emissions and began delivering customers a carbon neutral cloud. This commitment builds on existing sustainability programs and the goal of sourcing 100 percent renewable energy for its global operations by FY2022.

By the end of its first decade, in 2007, Google was the first major company to be carbon neutral in its operations. In 2017, the company became the largest corporate purchaser of renewable energy in the world. Google seeks to be operating on carbon-free energy by 2030.

Microsoft has set very ambitious climate protection goals. The company seeks to be carbon negative by 2030. By 2050 Microsoft will remove from the environment all the carbon the company has emitted either directly or by electrical consumption since it was founded in 1975.

In spite of a complex manufacturing and supply chain, IFF is committed to produce 75% of its electricity from renewable sources by 2025.

Are you interested in what your portfolio would look like with these stocks? Then you have come to the right place. Ziggma provides novel portfolio optimization tools within its suite of investment portfolio management tools such as the Portfolio Simulator or an esay-to-use back-testing tool.

We aim to integrate environmental and governance-related information into our free stock screener in the near future. If you haven’t already please check out Ziggma’s free stock screener, which is one of the central portfolio management and stock research tools on Ziggma.

Ziggma is the first comprehensive portfolio and risk management solution for the private investor. Link your portfolio now and let us help you manage your portfolio thanks to our innovative monitoring and optimization features. Across all major asset classes.