One of Third Point’s largest positions is in Adobe Systems. The fund, which is run by famed investor Dan Loeb, is known for being well diversified, as can be seen by the split of its top ten positions (cf. Ziggma Star Investor portfolios). Within the technology sector, Adobe Systems is one of the main holdings. We took a quick look why Dan Loeb is betting on the company. 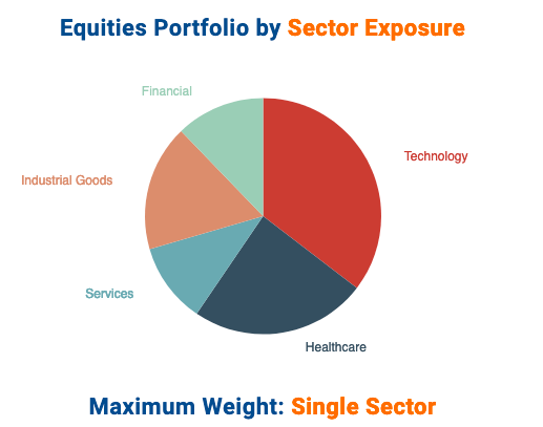 Not needing much of an introduction, Adobe Systems operates as a diversified software company worldwide. Its segments are digital media, digital marketing and print and publishing. The digital media segment is the main growth driver providing tools and solutions that enable individuals, small and medium businesses, and enterprises to create, publish, promote, and monetize their digital content. This segment’s flagship product is Creative Cloud, a subscription service that allows customers to download and install the latest versions of its creative products.

In Adobe’s weight class – it has a market capitalization of close of $ 200bn – the company chalks up growth rates that are unmatched.  Revenue grew by 23% on average over the past four years with projected 2020 revenue growth not lagging far behind at 16.2%.  Adobe does a great job transforming revenue into profits, as evidenced by an average eps growth rate of 50% over the past four years.

Also, on the account of profitability Adobe is every fund manager’s dream. The following chart says it all. Adobe improves its profitability year after year boosting return on equity from 16% in 2016 to well over 40% in 2021 as projected by the analyst consensus. 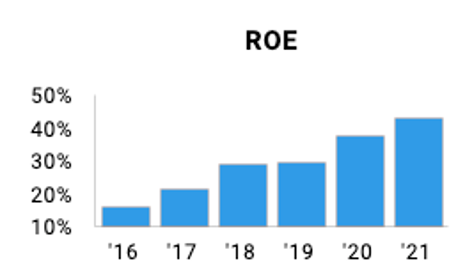 Is Adobe too richly valued?

Some investors may argue that Adobe’s current PE ratio of 59.3x reflects an overvaluation of the company on the part of the market. This postulation is far from being evident, though. First of all, consider that over the past few years the market has consistently assigned such a high valuation to the company, as shown by the following chart showing its PE ratio based on 8 quarters trailing EPS. In fact, the chart shows that the current PE ratio is well below the average.

We also took a look at Adobe’s operating cashflow. Essentially adding back the amortization of investments in the company’s intellectual property, it become evident that Adobe is even more profitable that its net margin or ROE reflects. 2019 cash from operations was $ 4.4bn vs. net profit of $ 2.95bn.

Adobe’s balance sheet is extremely solid affording it a Ziggma financial health score of 95 as of the date of this writing. To just mention one indicator, Adobe’s short term debt Is below one year’s worth of net operating cashflow.

Adobe puts on a great value creation show, as shown by the charts and numbers above. No wonder star investors, such as Dan Loeb are investing heavily in the company. The upside is considerably and downside risk is very limited thanks to a very strong balance sheet, a great brand name and an excellent market position. Adobe seems to be poised to outperform for years to come.

The Ziggma Performance Score on Adobe captures this as well rating the company with a score of 97.